It’s Amazing What These Inks Can Do

Svitlana is here today. When I'm making a card, I often have a certain image or idea in my head, which I then try to implement on paper. Sometimes an idea can be a bit challenging to implement, but since I love techniques (and know quite a bit of them) it actually makes a task even more interesting to make an idea work.

But today I want to show another side of the spectrum – when you can easily create a design using one key product that in another case would require some time-consuming technique. I'm talking about wonderful pigment inks from Altenew. 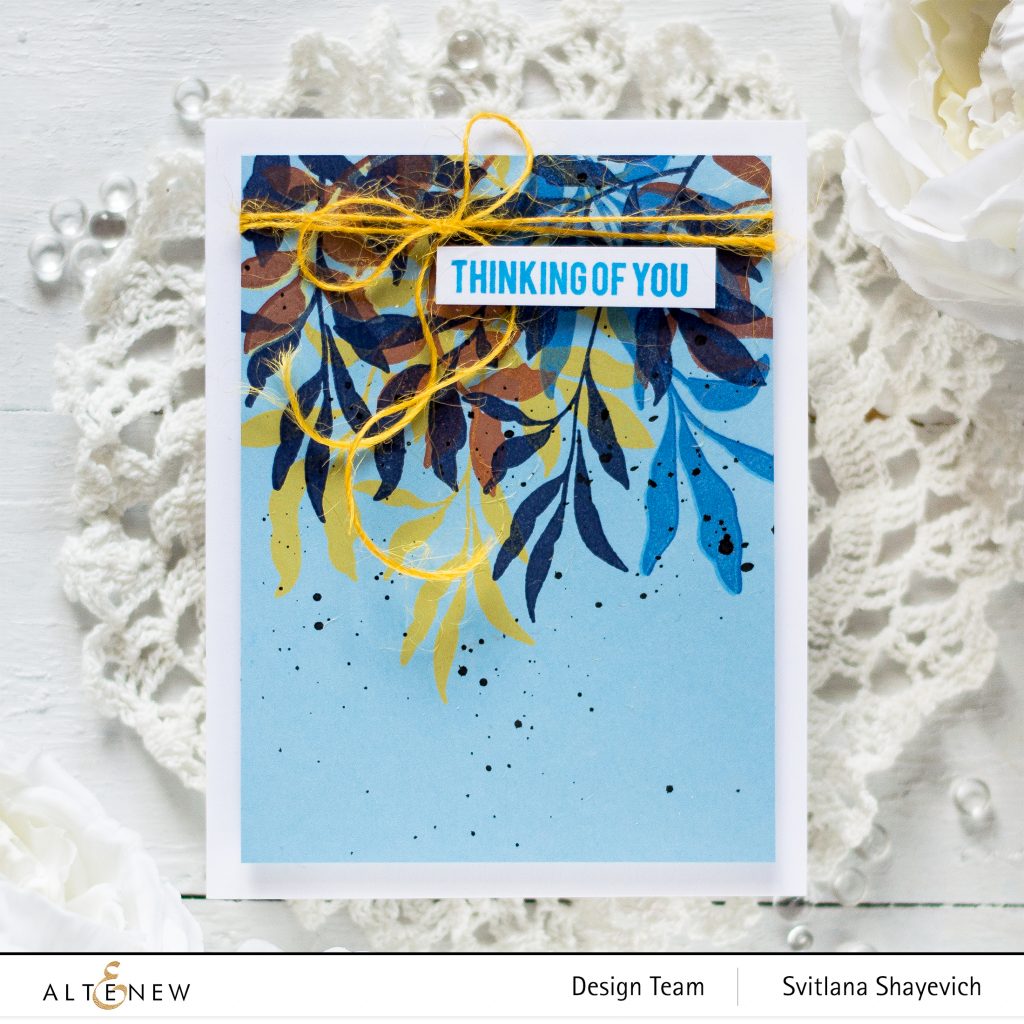 I like making non-white backgrounds for my cards. But is tamping involved a non-white background can be tricky to stamp on if you're using dye inks (which are translucent and will always “show” the background underneath). So such a design could be made by stamping with dye inks on white cardstock and then ink blending over to add color to the background. Which would require some kind of masking (using a making paper for example or clear embossing).  Ask me how I know that the time spent on such a design using the said technique would be significant.

The pigment inks make the task much easier. They're opaque and give quite a decent coverage and can be easily used to stamp onto a non-white cardstock with no additional techniques used. 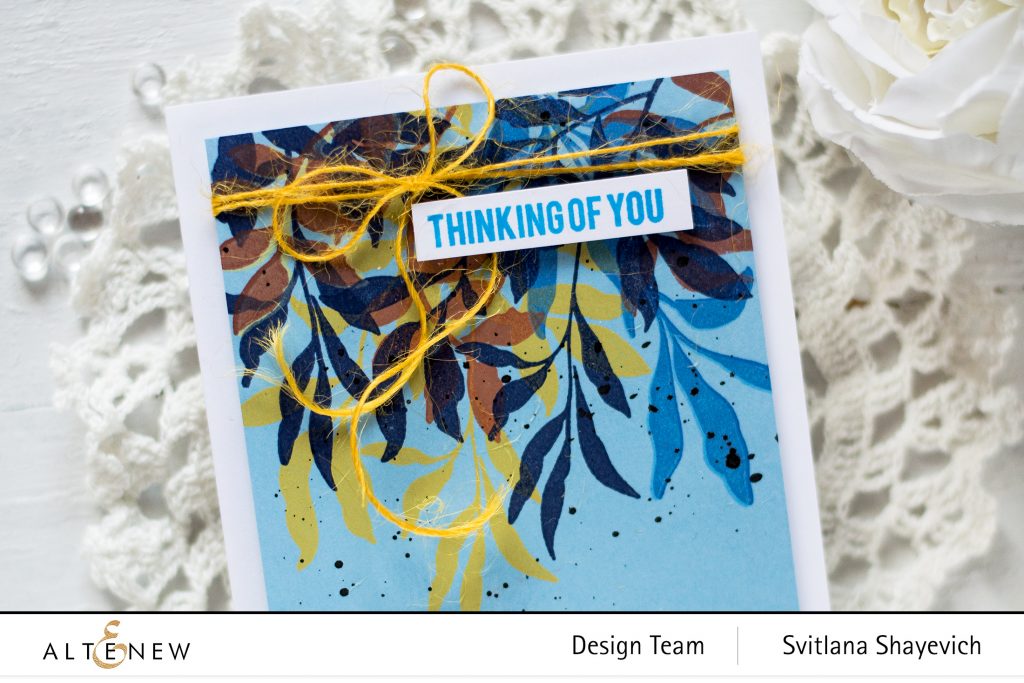 After stamping each leaf I let it dry a bit before stamping the next one over. Pigment ink dry time is longer than the one of dye inks. So to avoid smudging or ink transferring some “delay” between stamping is advised. But don't think that you need to wait a long time. Not at all. They dry very fast as for pigment inks (just a bit longer than dye inks which dry almost immediately). 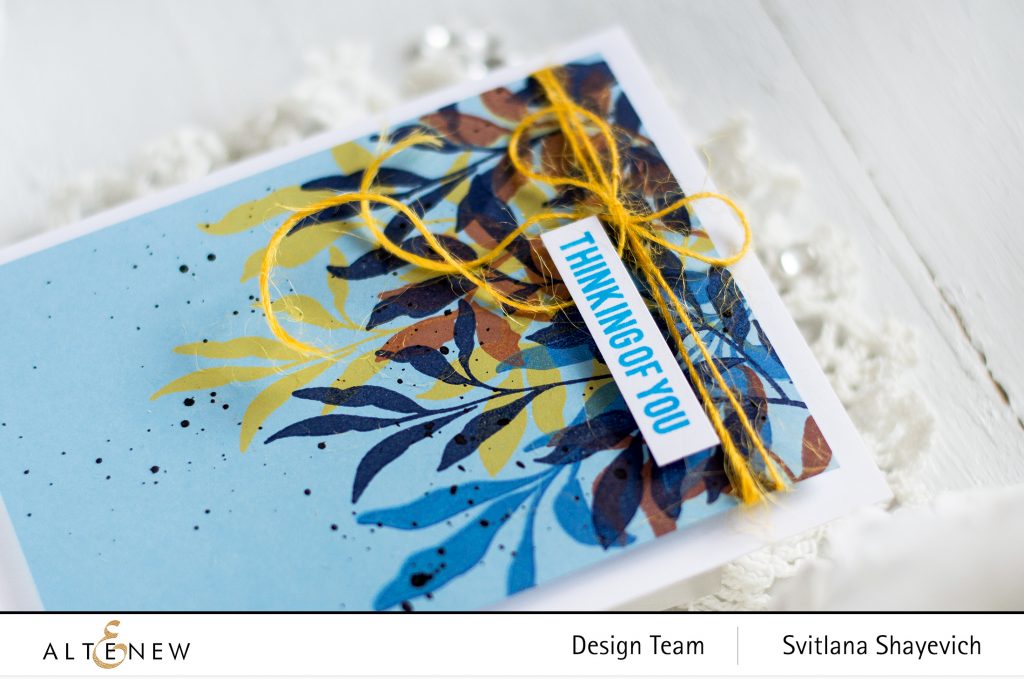 After I stamped the leaves I also add some black splatters to the panel for added interest. After that, I wrapped a yellow twine around the panel top part and ties a bow. I opted for this twine color to bring some brightness to the design and to have a companion element for the yellow stamped leaves.

Next, the panel was foam mounted onto a white card base and popped up sentiment that I made using the Thinking of You Stamp Set finished off the card. 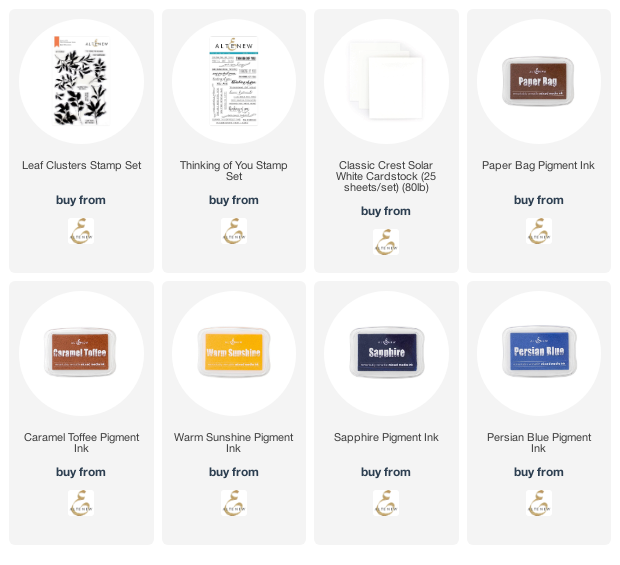 Passionate cardmaker. Keen on techniques. Home decor enthusiast. Always is waiting for winter, unless it's already winter. Born and raised in Ukraine. Moved to NYC. Lives with hubby and extremely spoiled maltipoo.

Look How I Copied This Washi Tape!

All About The Sentiment- DIY Stenciled Backgrounds, 2...

Love this leaf card. Very effective and not too time consuming and great colors.

The card is very pretty with blue background and the leaves at the top with sentiment.