Elevate a Simple Die For Extra WOW Factor on a Masculine Card!

Hello, Altenew friends! Norine back with you today with a masculine card that utilizes a simple technique for taking a stand-alone die up a notch! There were several beautiful stand-alone dies released just a couple of days ago, and while they are gorgeous all on their own, I'm going to show you how to give them some extra PUNCH!

I used the Hanging Garden Die for my card today, along with the Birthday Builder Stamp Set to coordinate. For my design, I wanted to die cut the leaf image from heavy black cardstock and inset it into the surroundings of a piece of white cardstock. Plus, I wanted to extend it off the edge of the white cardstock square and have it all popped up dimensionally. The result is quite dramatic looking and easy enough to do!

I began by die cutting one of the leafy designs from the Hanging Garden Die Set, once from heavy black cardstock. I would have liked to die cut from black glossy cardstock, but I didn't have any in my stash, so I set about to make my own. Once the die was cut out and separated from all of its pieces, I pressed an embossing ink pad onto the entire top surface of the die-cut. Then, I covered it with clear embossing powder and heat embossed it.

Next, I cut a piece of heavy white cardstock in an approximately 3″ square. If you have the Halftone Square Dies, you could make short work of cutting a perfect square without measuring. I rubbed the edges of the cardstock square with embossing ink and heat set it with platinum embossing powder.

Then, I used the glossy black die-cut to approximately position the die where I wanted it to die cut the white square. I ran the white cardstock and die through the die cutting machine. However, before removing the paper from the die, I covered the backside with a piece of Glad Press ‘N' Seal. While the sticky plastic sheet was holding all the pieces firmly in place, I was able to flip it over. This allowed me to remove the die and the positive portion of the die-cut, leaving all the negative pieces in position.

At this point, I was able to press the black die-cut into the openings left behind on the white cardstock, even though parts of the die-cut hung off the edge. Before adding foam tape for extra dimension, I combined two different sentiment stamps from the Birthday Builder Stamp Set and stamped them with Obsidian Pigment Ink. I then heat set them with clear embossing powder to get that glossy finish. With the help of the Press ‘N' Seal, I was able to make sure all of the white cardstock pieces were firmly held in their place while I made any necessary adjustments. Then, I covered the back of the square with strips of foam tape.

Now, with the tips of the leaves and part of the berries hanging off the edges of the popped square, I needed to do something to support them, or they would end up bent and crushed in the envelope. So, I die cut three more layers of heavy black cardstock only on the sections of the die that matched the extended parts.

I stacked them up and adhered them together, providing that part of the die-cut with extra bulk and strength. Then, I cut a piece of patterned paper from the Sweet Moments Paper Pad, slightly smaller than A2 size, and glued it to a card base. Next, I removed the release paper from the back of the foam tape, added small dots of liquid adhesive to the back of the black cardstock extensions, and adhered everything to the patterned paper panel. Finally, I added some black enamel dots to complete the masculine card.

This is a simple technique, but it packs a punch and will have the recipient trying to figure out what you've done there!  Thank you for stopping by today. I hope I've been able to inspire some creativity for you! I can't wait for you to try out your own masculine card using this technique. 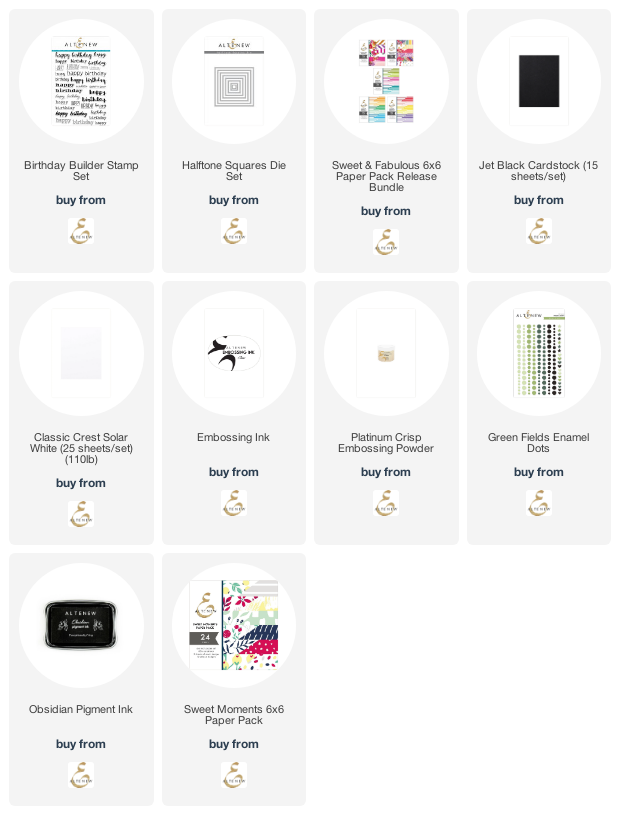 Norine Borys is a Canadian creative and crafter who lives in AZ and loves all things DIY, coloring, painting, sewing, knitting, reading, cake/cookie decorating and excellent chocolate. Chipits will do though, when the truffles are gone.

How To Create A Dimensional Watercolor Scene | Lydia’s Crafty Corner

Virtual Crafting??!! Yes, I want in! All About Altenew Virtual Workshops, Crafting 101 Classes, and Altenew Academy

Add Depth to One Layer Wonder

that is such an interesting and cool look, like how it goes over the edges like that!

What a beautiful card!

WHOA, stunning design that packs a wollop! Thanks, Norine for sharing your great tips and beautiful card.

Simple and beautiful, Norine. I like the original look of this card–your special touches keep it from looking routine. tfs-stay well.

Love the card and the colors!

Stunning! I use press and seal all of the time, yet never while still in the die, brilliant…. And for the stacking overhang. Thanks for the inspiration!