written by May Sukyong Park

Hello, Altenew friends! Today's post is going to be quick and short! Compared to some of my posts that are full of techniques and how-tos, anyway. Even though we're living through very atypical weeks and months, and time is something you might have a LOT of, it won't always be this way, and you may find yourself needing a stack of cards quickly! So, a patterned paper pad and a couple of packs of ephemera later, you've got some fun and cool cards! 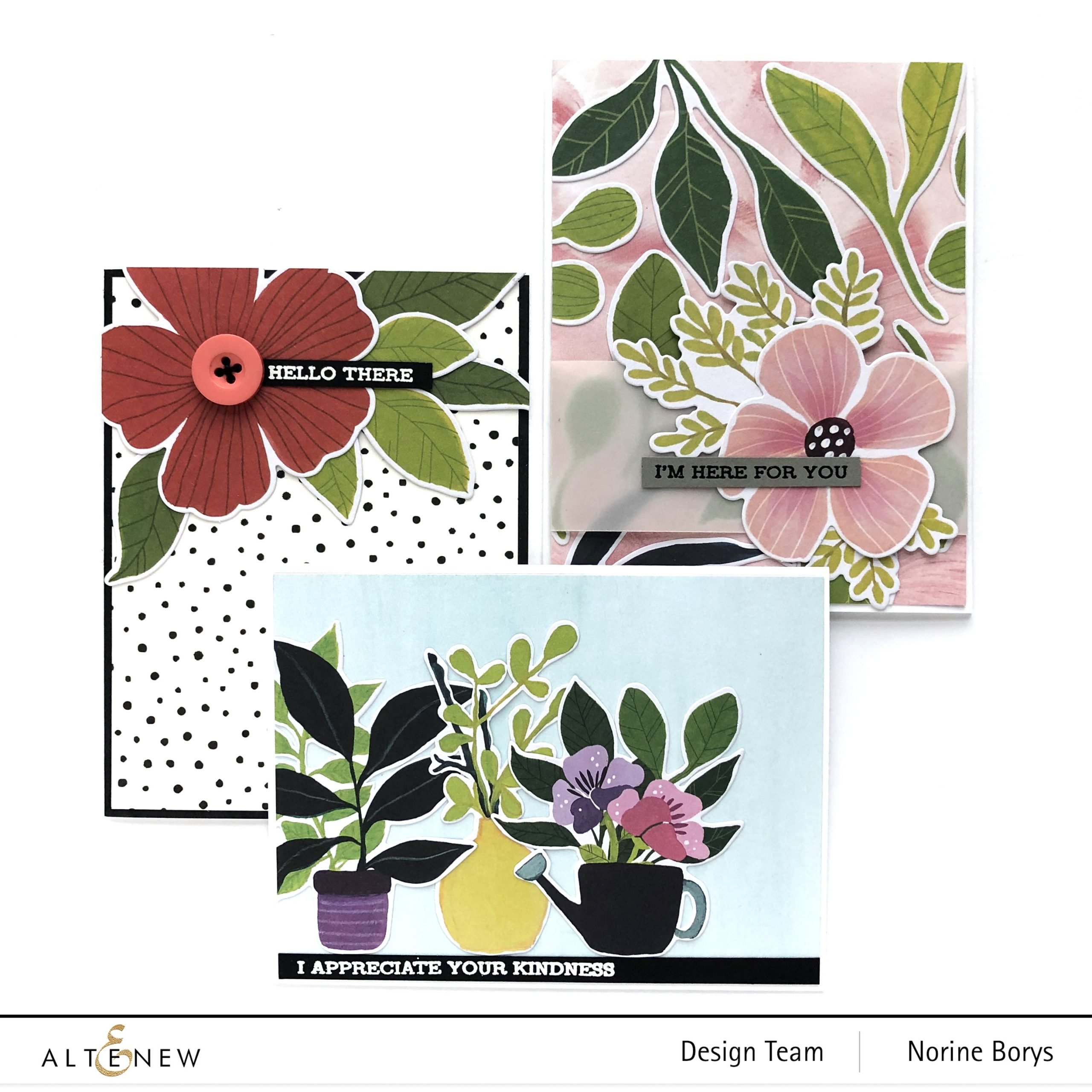 These cards might not be my typical style of loose and pastel-y painted florals, but there's no denying they're eye catching and awesome! 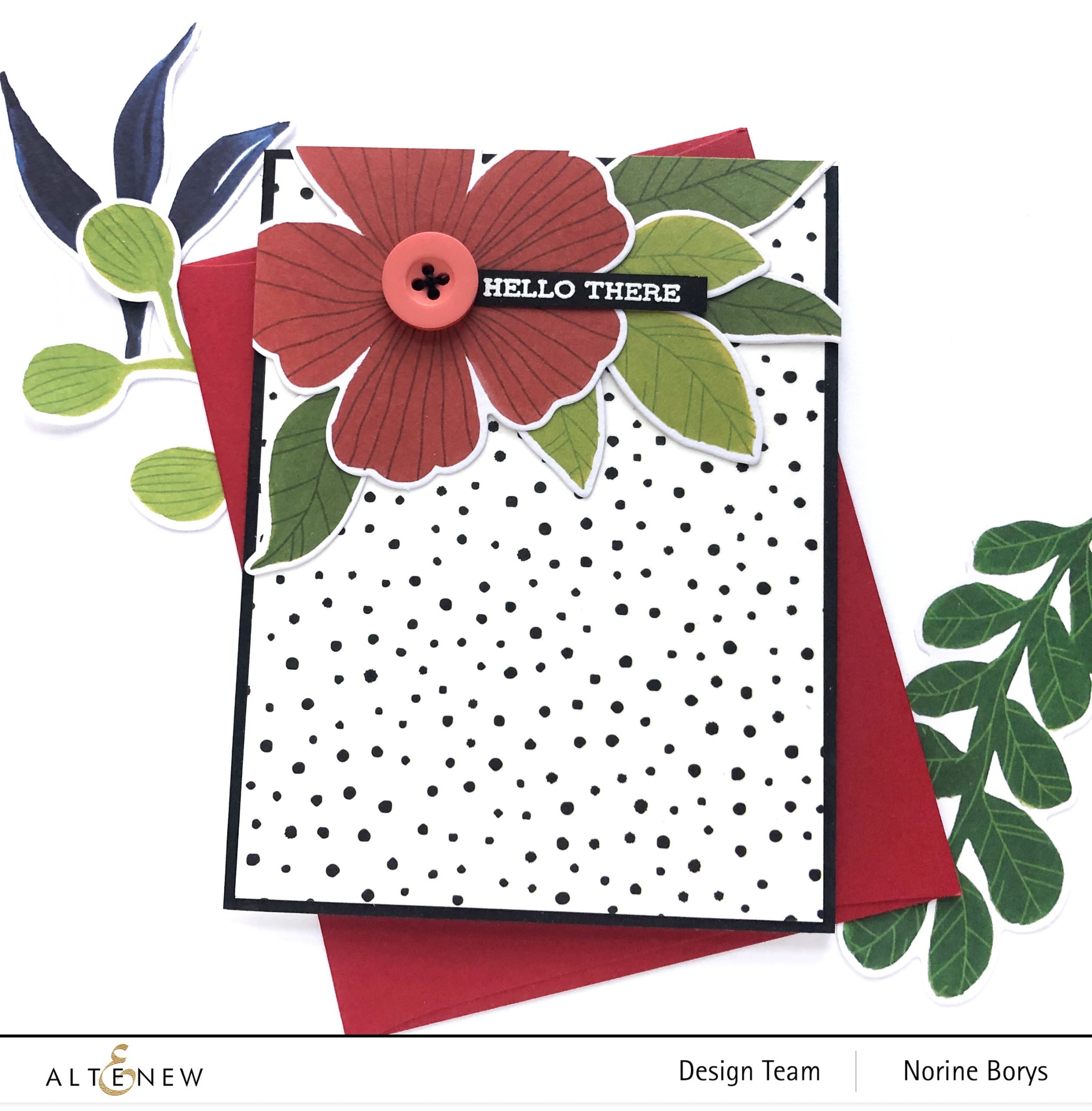 For my first card, I covered an A2-sized card panel with Dotted Washi Tape and trimmed it slightly smaller than the folded card base. 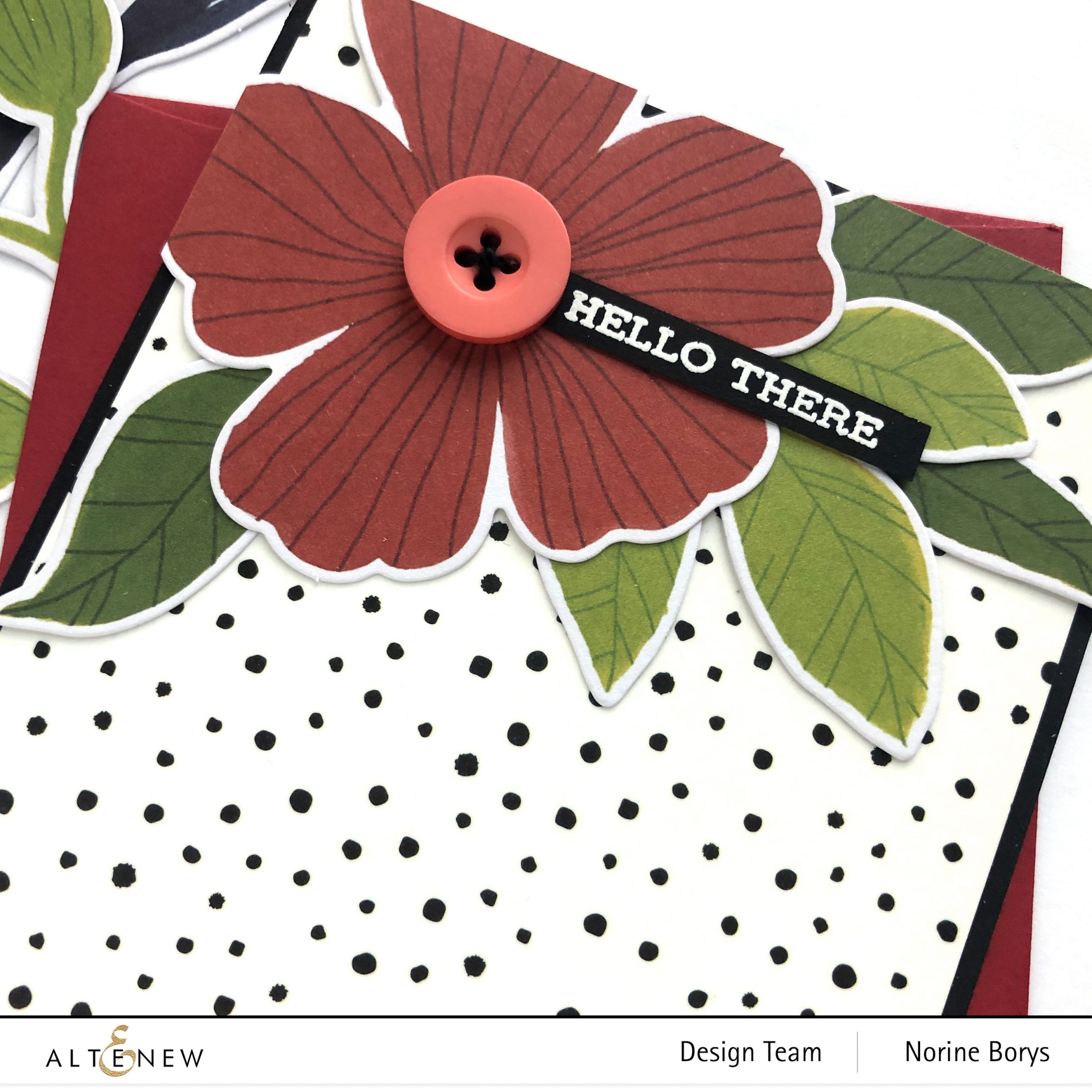 Then, I made an arrangement of one of the flowers and two of the leaf clusters in the Enjoy the Ride Bouquet Builder ephemera pack and adhered them to the card front, trimming off the overhang. Next, I added a threaded button and a stamped sentiment from the Sentiment Strips 2 Stamp Set. To let the dotted washi pattern stand out, I colored the edges of a folded card base with a water-based black marker that wouldn't seep through to the back of the cardstock. 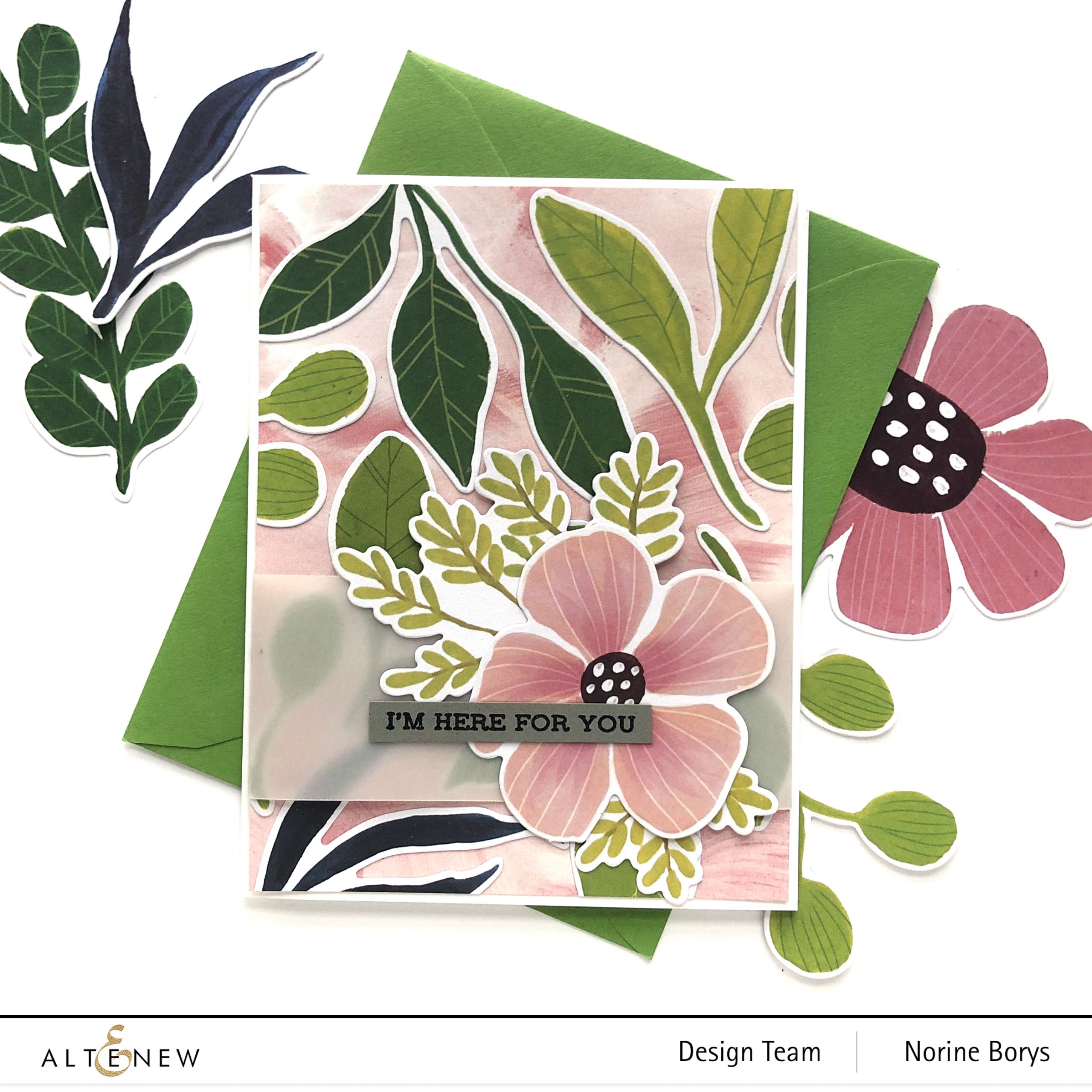 This card is a little more involved but still super easy! I cut a sheet of the Enjoy the Ride patterned paper pack to slightly smaller than A2 size and covered the front of it with an assortment of leaves included in the Bouquet Builder Ephemera pack. I trimmed the overhanging pieces, and then wrapped the card panel with a strip of vellum paper and adhered it to a folded card base. 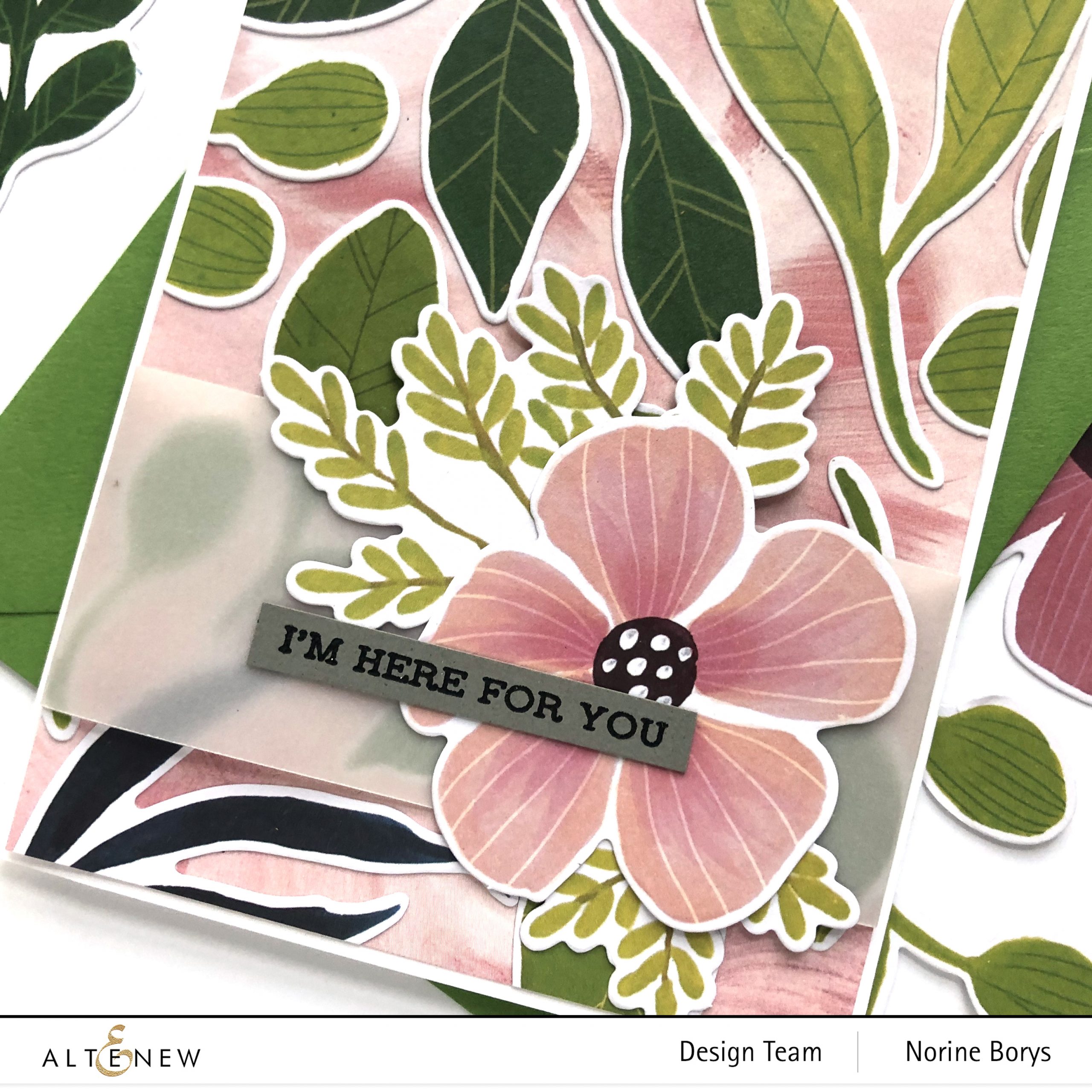 I made another simple flower arrangement with a single bloom and single leaf cluster and adhered them over top of the vellum paper strip. If you look closely, you can see that I've deepened the color of the petals with Altenew Artist markers to help it stand out from the card front better. 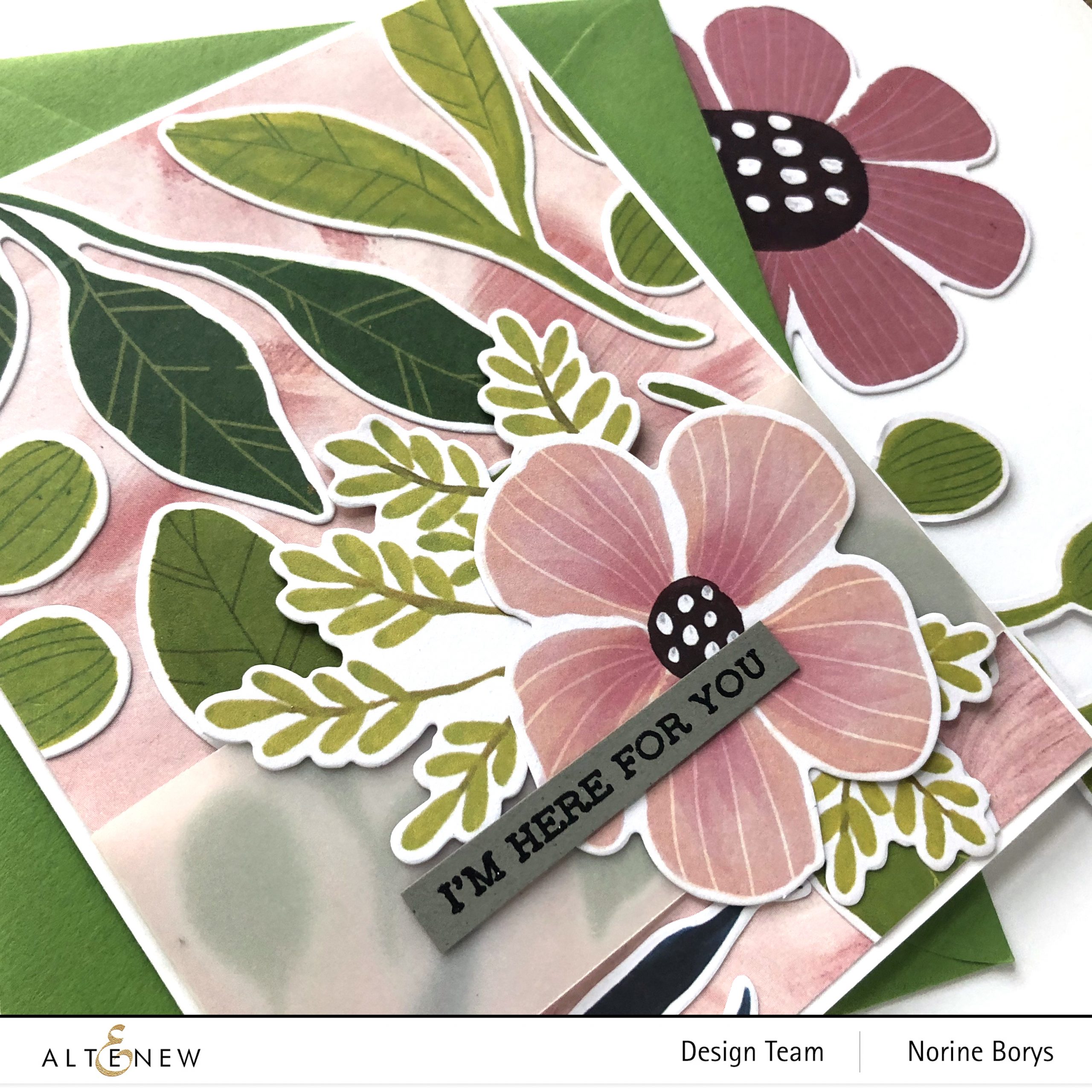 The greeting for this card is from the Sentiment Strips Stamp Set and is stamped and heat embossed onto dark gray cardstock. Another simple but striking card done! 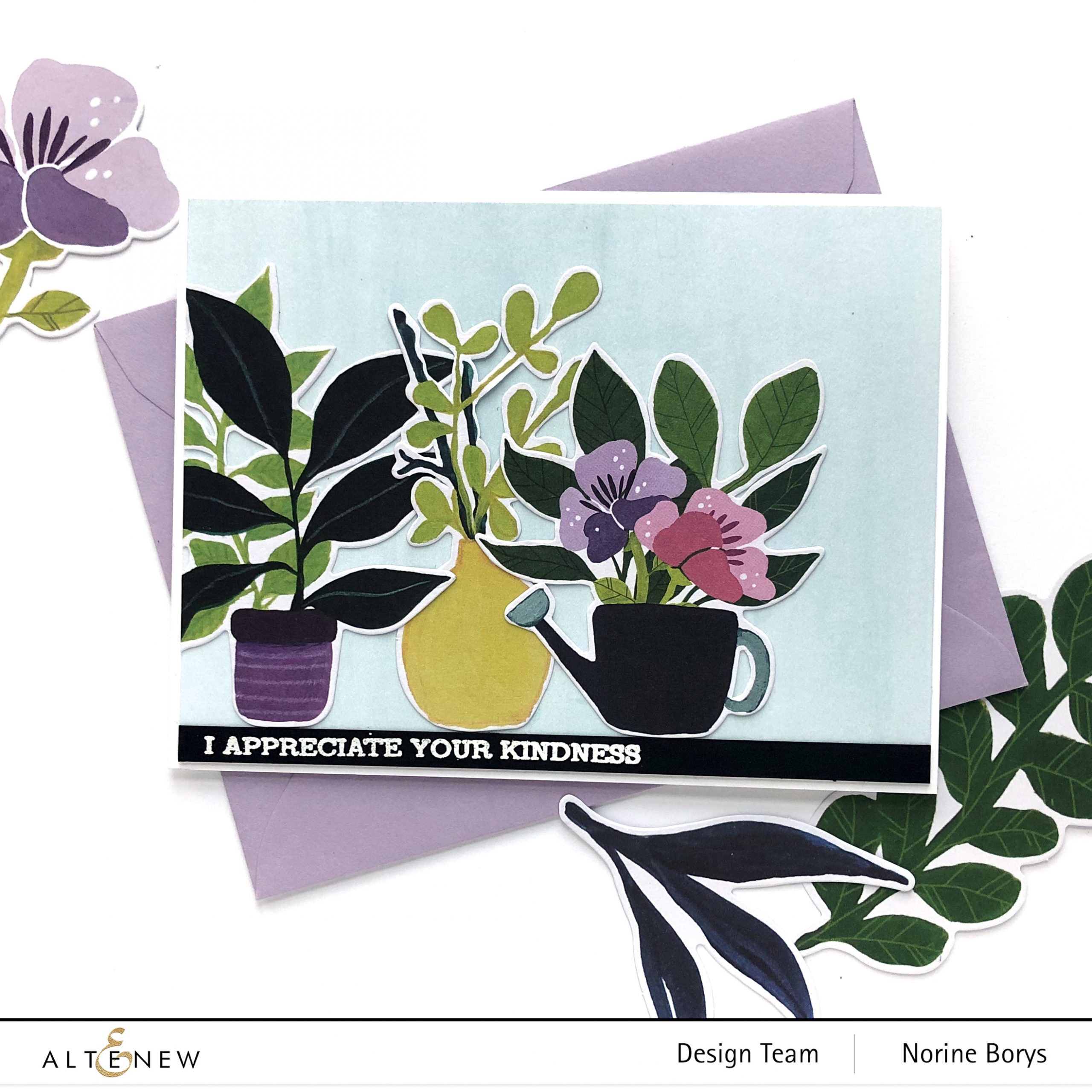 For this card, I chose another of the papers in the Enjoy the Ride paper pack, and once again, trimmed it slightly smaller than my A2-sized folded card base. 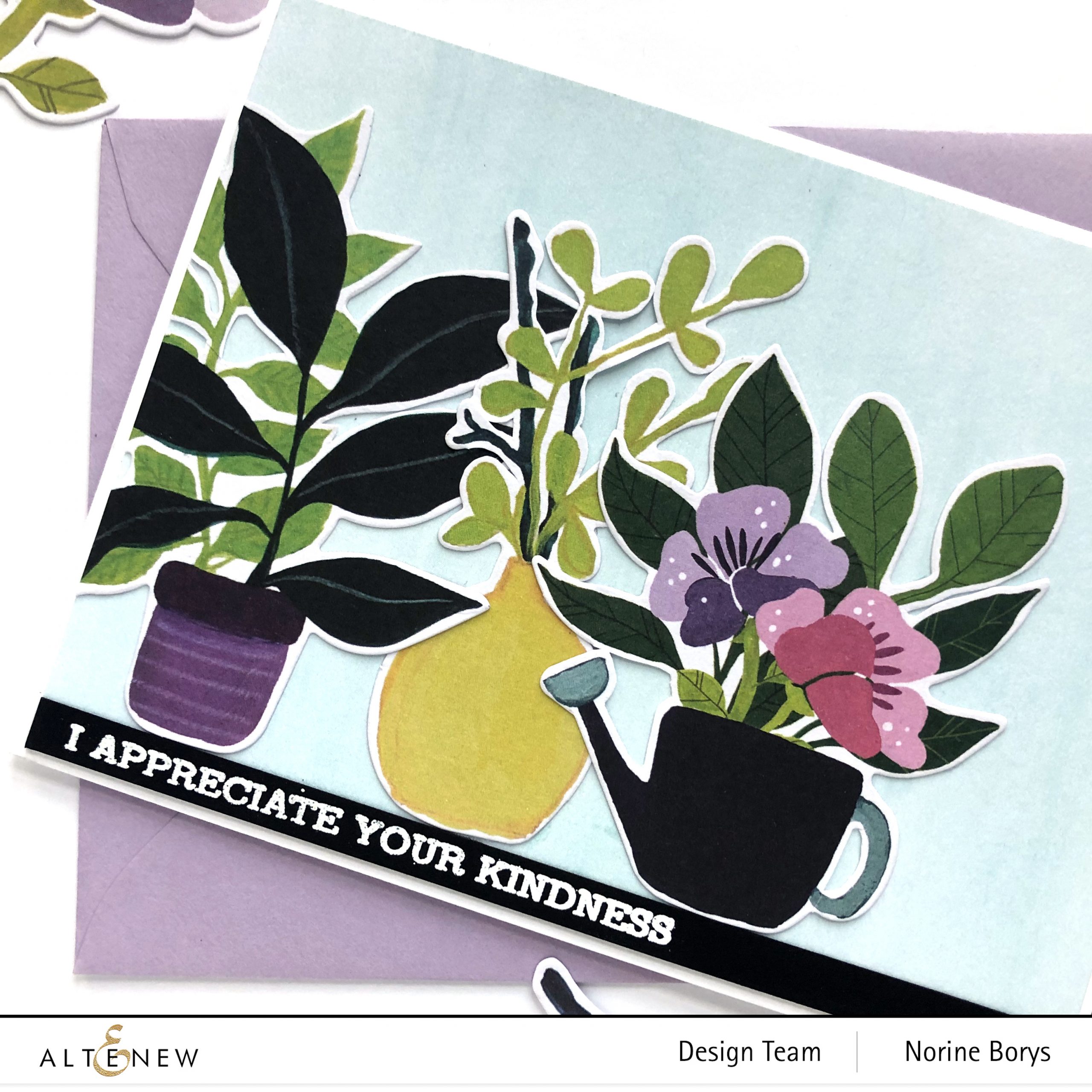 It's almost embarrassing to admit how simple this card is, but it's still so eye-catching so I just let it be. I simply chose three of the die-cuts in the Blooming Ephemera die-cut pack and adhered them to the card front with a white heat embossed sentiment on black cardstock glued to the bottom. I added only one extra step to the construction of this card, fussy cutting away more of the white background in each of the die-cuts to give them a slightly less chunky appearance. I pushed everything over to the left, the die-cuts and the stamped sentiment, for some unexpected interest. And just like that, in under an hour, I had three attractive cards, ready to send!

Thanks for joining me again, and have a stellar day!

This Month’s Top 10 Best-Sellers in One Place!

I enjoy using ephemera as a quick fix when I need to make a card quickly. Adding a small colored in stamped image gives the card a nice “handmade” look. Altenew ephemera packs are wonderful, made from chipboard, prints that are in line with the quality of Altenew stamps and designs. I plan on making more purchases of Altenew ephemera!

Thank you for sharing these cards. They’re lovely. I bought this kit and haven’t used it. It’s good to see what can be done with the paper and ephemera. I’ll have to scan the Altenew website for more examples.